Whimsical, playful with a sense of childish innocence, freedom and joy. In all my work I try to keep the childhood spirit alive. People grow up too fast. In my work I want to help people remember, even if just for a second, what it was like when to be a kid again. I work with schools, private organizations, and business owners to create one of a kind site-specific murals that are bespoke to their business or organization. My goal as an artist is to create images that are representative of the business or school they are on while keeping with my overall artist theme of playfulness and whimsy. 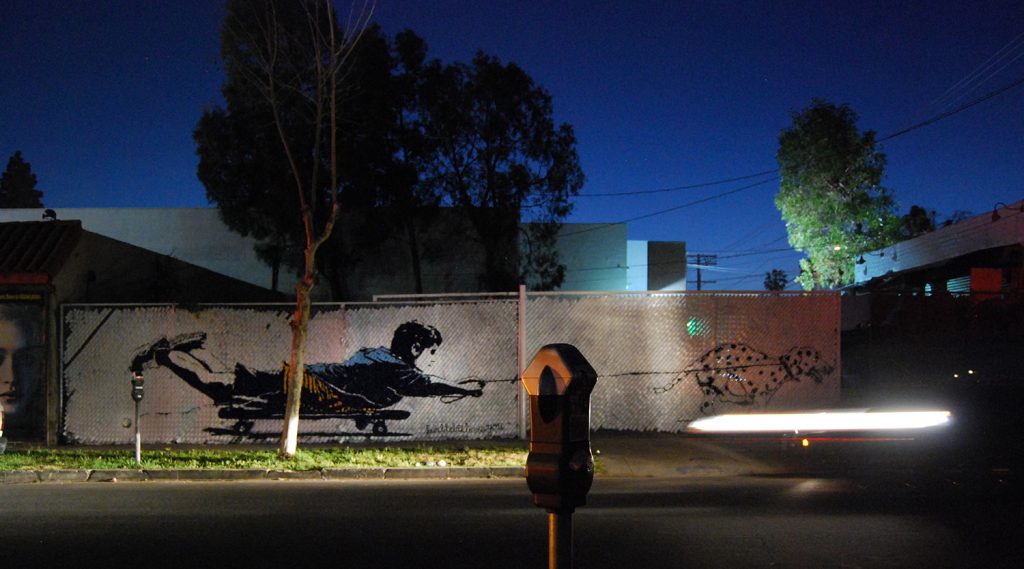